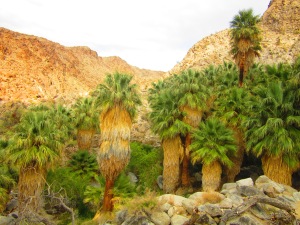 Cathy and I love to visit National Parks. The backstory here actually started the day after we got married in 2013. We left on a 6000 mile road trip honeymoon during which we visited Grand Teton, Yellowstone, Glacier and Olympic National Parks. We also drove up the spectacular Columbia River Gorge National Scenic Area as we headed back east toward Colorado.  Before the year was out, we also visited Padre Island National Seashore and Big Bend National Park. In 2014, National Parks weren’t the main destination of our trips, but we managed to visit a few along the way. On a February trip to the Tucson Gem Show we visited Petrified Forest, Painted Desert and Saguaro National Parks.  On a May trip to help Ideawild.org with an annual benefit, we visited Badlands National Park, Jewel Cave National Monument and Mt. Rushmore National Memorial.  Our longest trip that year was to the Hamptons on Long Island with no National Parks in the plan although we did manage to visit the Indiana Dunes National Seashore on the way home.

2015 became the year of the National Parks when we registered for a seminar in San Jose, CA and decided to make it a road trip with an extra week to visit several National Parks. After the seminar, we started our vacation by whale watching in Monterey Bay National Marine Sanctuary.  We then headed for our National Park destinations. Our first stop was Sequoia which was awe-inspiring for me as a tree lover whose longest career period involved being a tree artist owning a bonsai tree nursery for more than 20 years. We love to go on hikes during our visits and the hikes in the Olympic rain forests and in Sequoia are among our favorites. We left Sequoia National Park by driving through Kings Canyon National Park and continued on to Yosemite.

It was cold, rainy and foggy during our visit to Yosemite. We couldn’t even see Half Dome because of the fog and low hanging clouds. The best part of Yosemite was the waterfalls were full and spectacular. The fog made this a mysterious adventure with every view shrouded by the fog.  Our original intent was to travel through Yosemite, coming out on the east side of the Sierras, travelling south to perhaps visit Death Valley before heading home.  Even though it was mid-May, the pass over the mountains was closed because of snow. That night, sitting in our hotel room we looked at maps and discussed our options.  We decided to drive south to visit Joshua Tree National Park.

Joshua Tree was a delightful surprise.  The trees were unique and spectacular but we were also amazed by the wildflowers including blooming cactus and the spectacular rock formations.  Our best hike here  was to the 29 Palms Oasis.  A three mile roundtrip hike through desert hills uncovered a hidden pocket of green.  There were beautiful red-spined cactus scattered across the hills but the intense green of the oasis was an incredible contrast to the desert colors of tans and reds. Our hike back out was to a beautiful desert sunset.

Our path home was through Utah giving us several more National Park opportunities. Our first stop was Zion and I understand why everyone who has visited there raves about it. We only had one day and resolved to return another time and spend more time there. Our next stop was Bryce Canyon National Park. Southern Utah is just a never ending panorama of spectacular rock formations in every shade from white through tans, browns and reds to black. Everywhere we looked was another picture opportunity. Cathy took more than 500 pictures on this trip and I couldn’t resist taking many of the same shots with my phone even though our camera took better photos.

We had two more stops on our route through Utah. I had been to Canyonlands and Arches National Parks in the past but it was fun to share them with Cathy. We went on numerous hikes to see the sights and my favorite was to Delicate Arch even though it was a crowded trail and location.  Delicate Arch is one of my favorite places.  On my first visit there with a high school friend, we backpacked in, spent the night in the bowl beneath the arch and had plenty of time there to ourselves, including a sunset and sunrise. Cathy and I also spent time in Canyonlands with its spectacular views, including a visit to Deadhorse Point State Park. Technically outside the National Park, it has the most spectacular viewpoint in the area and is a must stop if you visit Canyonlands.

Our next trip was to another seminar in Los Angeles.  We didn’t have the extra time we took on our previous trip, but did stop to visit Grand Canyon National park. We did a several mile hike down into the canyon on Bright Angel trail, something I had wanted to do for a long time, hiking back out to a beautiful sunset over the canyon. On our drive back through northeast Arizona, we had a delightful experience when we saw a hand painted sign on the side of the road along U.S. Highway 160 saying dinosaur tracks. We pulled off to find an undeveloped site on an Indian reservation where we had an entertaining young man guide us out on a hike to see tracks and dinosaur bones in situ. He gave me 4 pieces of fossilized coral from the area. We left him with a tip and Cathy picked out several pieces of jewelry from his relatives that had a stand there.

Our last stop on this trip was Mesa Verde National Park. We got there late in the day, but had time to do a couple hikes and visit some of the ruins. It had sure changed since I was there many years ago. We had to buy tickets to visit Cliff Palace the next morning on a guided tour. Mesa Verde has become so crowded since my first visit as a teenager that the buildings were being damaged just from all the traffic and several of the sites were ticket only tours with some areas off limits. It was still a fascinating visit and we went on several hikes to visit ruins and overlooks.

Our next trip was a short adventure to celebrate our second anniversary. We spent a night in Pagosa Springs with a delightful evening at the hot springs there. On the second day we visited a silver mine near Creede and ended our day in the Black Canyon of the Gunnison National Park at sunset. We spent the next day hiking around Crested Butte and made a stop at Marble, Colorado on our way home. Marble is the source of some of the best, pure white marble in the world and is the source of much of the marble used in monuments around Washington, D.C. We collected some small pieces of that marble to add to our rock collection.

Our last trip of the year was to yet another seminar in Los Angeles which was the topic of my last blog post. After the seminar, we spent a day in Death Valley National Park. Such an interesting landscape, we were there with a temperature of 67 degrees on the day when a massive snowstorm closed schools and businesses in our hometown. That finished our year of the National Park visits and we spent nights in Las Vegas and Santa Fe on our way home. I’m not sure what new parks we may add to our total in 2016, but we do have several trips planned back to Los Angeles again.